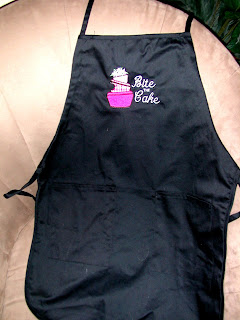 THANK YOU AUNT LORRIE!!! Okay, you win. You are now officially my favorite Aunt! (Actually, I think you were my favorite even before this) I LOVE, LOVE, LOVE the Aprons!!

My wonderful, beautiful, thoughtful Aunt Lorrie and Uncle Mike (Jacob's Aunt and Uncle) sent me not one, but 2 aprons embroidered with my company's logo on them!!! Can you believe it?! She is so awesome. She did all this in the midsts of planning her son's wedding. Here are some pics of my new favorite 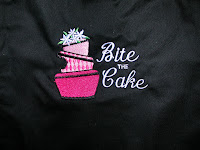 posession: Here is also a pic of my business card that she got the Logo off of. 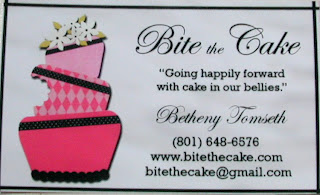 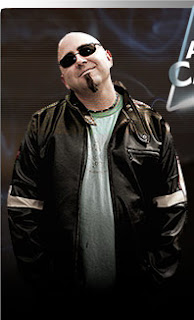 A cool thing happened the other day. I recieved a call from none other than WILLIE GOLDMAN!!! That's Duff Goldman's brother...from Food Network's "Ace of Cakes"!! I was so star struck! For those of you who don't watch "Ace of Cakes", first of all, you should be ashamed of yourselves; second, it's the best show ever on the Food Network. It airs on the Food Network at 8:00 and 8:30 on Thursday Nights. It's a show about a bakery that makes insane cakes for people. Duff Goldman is the owner and head pastry chef. His brother, Willie, is his producer from the show and has actually made a couple of appearances on the show himself.

This is why he called: I was on the Charm City Cakes website and I had sent them an e-mail requesting to use a cute little quote that Mary Alice had said at the end of the "Sound Garden" episode. She said "...Going happily forward with cake in our bellies...". It was so cute that I wanted to use it as a slogan for my "Bite the Cake"

business. I wanted to put it on my cards and on my website. Anyway, Willie was calling me to make sure that I wasn't putting it on T-Shirts and selling them or something. They can't be held liable for anything that I do with it and they don't want me using their name for selling or business purposes. He was SOOOO nice. I totally enjoyed talking to him. I must say, I was a bit Star Struck.
Posted by Unknown at 10:25 AM 5 comments: 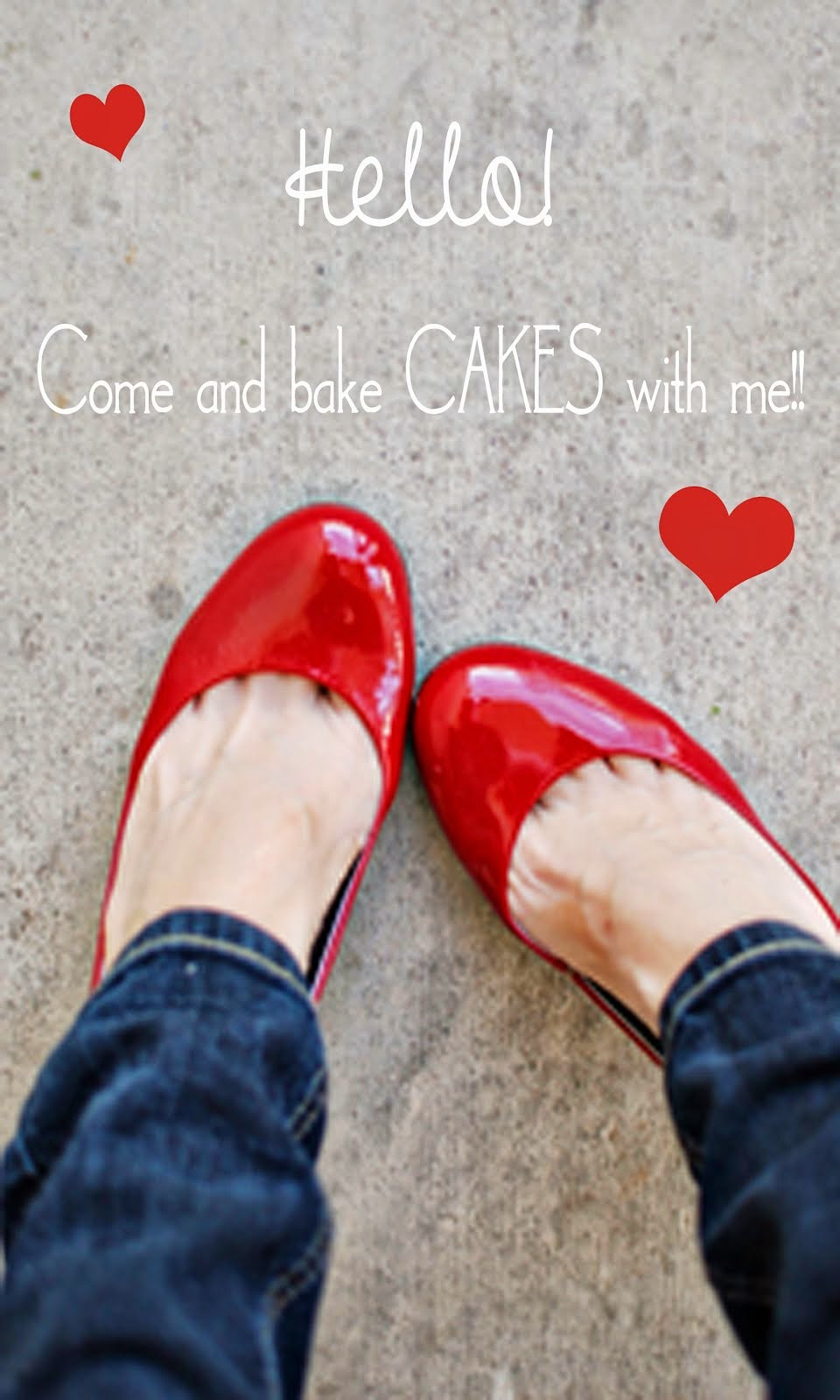